[EHS – Fortis Inc. – Health – Lawsuit – Woodstock, New York, USA] Woodstock resident, three years without service, sues Central Hudson executives over meters by Gary Alexander – Woodstock Times – May 28, 2016:
– http://www.woodstockx.com/2016/05/28/woodstock-resident-three-years-without-service-sues-central-hudson-executives-over-meters/
(Please Comment & – http://www.ulsterpublishing.com/pages/contact_us)
(A lawsuit seeking “approximately $7 million” in damages was filed with in State Supreme Court May 19 against two former Central Hudson CEOs by Woodstock resident and talk show host Steve Romine, who claims to have suffered due to actions directed by past officials of the company….
The ‘trespass’ is defined in Romine’s self-filed lawsuit as body-penetrating microwave radiation emitted around the clock by the RF transmitting digital meters. Such meters have been accused of causing a variety of adverse health effects in energy customers since power distributions companies began replacing older, nontransmitting meters within the last decade.

(EFF on Wednesday asked a Washington state trial court to lift its order that forced the public records website MuckRock to take down documents one of its users had lawfully obtained.
The motion EFF filed on behalf of MuckRock and its co-founder, Michael Morisy, argues that the court order requiring the site to de-publish these public records was an unconstitutional prior restraint.
“This Court must dissolve the Temporary Restraining Order, which requires the removal of lawfully obtained material that was publicly available to the world for more than a month because it violates MuckRock’s free speech rights under both the Washington and U.S. Constitutions,” EFF wrote.
Prior restraints are court or administrative orders that prevent people from speaking. The Supreme Court has ruled that they are one of the most egregious violations of the First Amendment.
The court order against MuckRock stems from a public records request by one of its users seeking information on Seattle’s smart utility meters….
After the documents had been public for more than a month, a company that won the contract with Seattle filed a lawsuit against MuckRock, the requester, and the city of Seattle….
A hearing is scheduled on MuckRock’s motion on Friday morning in Seattle. We hope the court will dissolve the order prohibiting MuckRock from publishing the documents and make clear that the website has a First Amendment right to publish information its users lawfully obtain from their public records requests.)

[Bills] EMC issues in the interaction between smart meters and power electronic interfaces – DER lab – May 2016:
– http://der-lab.net/emc-issues-in-interaction-between-smart-meters-and-power-electronic-interfaces/
(Electronic smart meters are being installed in electricity networks of many countries with increasing regularity. However in several cases their operation in parallel with PV inverters and other power electronic devices results in significant measurement errors.
This problem was jointly examined by NTUA, Fraunhofer IWES and HEDNO within the Transnational Access of the EU project DERri. The conducted work led to the following publication:…)
&

(audio 3:00:00) [Electronic Warfare – Health – Wi-Fi – Wireless] Lost Arts Radio Show #70 (5/29/16) – Special Guest Barrie Trower by Lost Arts Radio – YouTube – May 30, 2016:
– https://www.youtube.com/watch?v=g_gaU3uJCpA
(Global Dangers of Wi-Fi Technology, with Dr. Barrie Trower.
Listen online:
– http://www.blogtalkradio.com/lostartsradio/2016/05/30/lost-arts-radio-show-70–special-guest-barrie-trower
…we have the honor of welcoming back electronic technology expert Dr. Barrie Trower. Dr. Trower is recognized in the U.K. and globally as a top level expert in electronic warfare, wi-fi technology and many connected fields. Unfortunately, the proliferation of wi-fi and related technology does qualify as electronic warfare against the general public, by the partnership of government with global corporations. We will discuss with Dr. Trower many aspects of the current out of control proliferation of wi-fi, which is promoted to the public as cutting edge science and a great boon for humanity, while in reality it is a threat to our continued existence on this planet, and to other life forms as well. Dr. Trower is an example of how high-level technical expertise can be combined with exceptional personal character, to make great contributions to the future of humankind and the entire biosphere of Earth. As an educator, Dr. Trower is superb, and his simple motivation to do all he can to reduce suffering is easily contagious, and hopeful for the future of all life. Take advantage of this rare chance to learn from one of the best and most knowledgeable people in the field of electronic technology….)

[Cell Phones – USA] Save Landlines! Defending Our Analog Copper Landline Network:
– https://savelandlines.org/
(Last week we stopped AB 2395, the California Assembly bill to discontinue landline telephone service, but many bills like it have already been passed elsewhere, and AT&T California is sure to try again. Just like the copper wires connect us across regional boundaries, our resistance too must not remain local and in isolation. Please join us in building a large coalition to preserve analog phone service everywhere.) 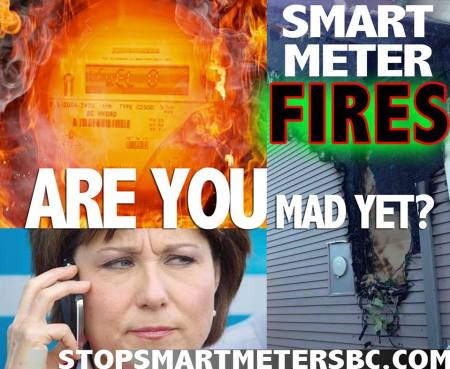